The impacts of water (mis)management on the natural environment

The impacts of water (mis)management on the natural environment

Water management is often thought of (and talked about) as a separate topic to that of environmental issues.

However, when you reflect on the fact that 70% of the earth’s surface is made up of water-based ecosystems, and that more than a third of the world’s population live around coastal ecosystems, it’s unsurprising that there is a critical link between the two… One that is becoming increasingly negative as our human footprint expands.

Let’s start with the most obvious impact: water withdrawals and consumption. We are withdrawing more freshwater than ever before (see Figure 1); particularly in sectors such as agriculture and industry, which account for approximately 70% and 19% of total global freshwater withdrawals respectively. 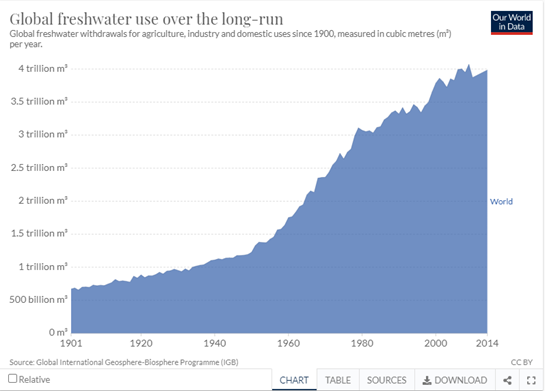 However, it’s important to note that not all water withdrawn is actually used. Often, a portion of this water is returned to its source (e.g. a lake or river) and available to be used again. Water consumption, on the other hand, measures the amount of water that cannot be returned to its source because it has evaporated, been used by plants, consumed by animals/people, or otherwise removed from the immediate water environment[1].

This distinction is vital when we think about environmental impacts from water management. Crop irrigation accounts for the largest amount of consumption globally, so areas of large-scale crop production will often have larger relative water impacts on their surrounding environments. With global demand for food set to double over coming decades, it’s unlikely that we will be scaling this production back any time soon; and so it becomes a question of how to reduce the negative impacts as much as possible. 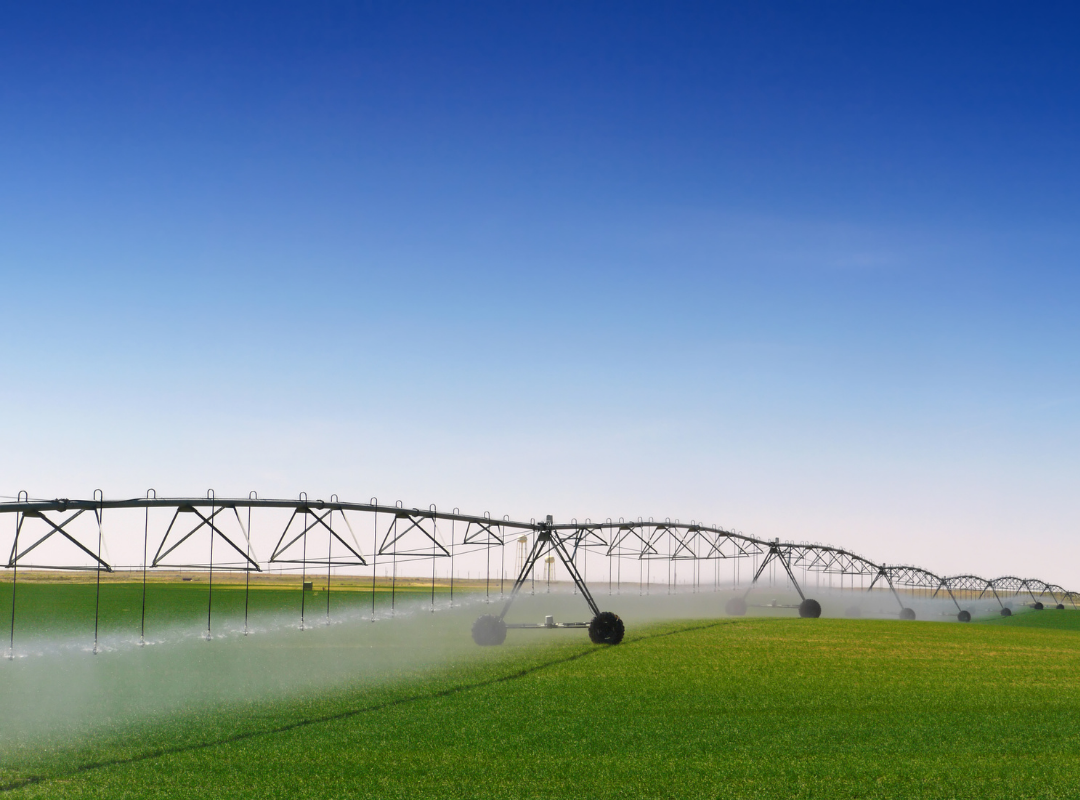 It’s also worth highlighting that although water covers nearly three quarters of the earth, less than three percent of this is freshwater (most of which is locked in ice caps and glaciers). The amount of freshwater varies from region to region, meaning that the relative impact from removing this water will also vary.

What does this mean for the surrounding ecosystems of these freshwater sources? This depends on whether it’s groundwater or surface water and how much water is withdrawn from a specific area, but water depletion in general has a damaging impact on both aquatic life and the nearby terrestrial ecosystems. These impacts can include wildlife death and migration, loss of habitat and species diversity, salination, soil degradation, and groundwater contamination. 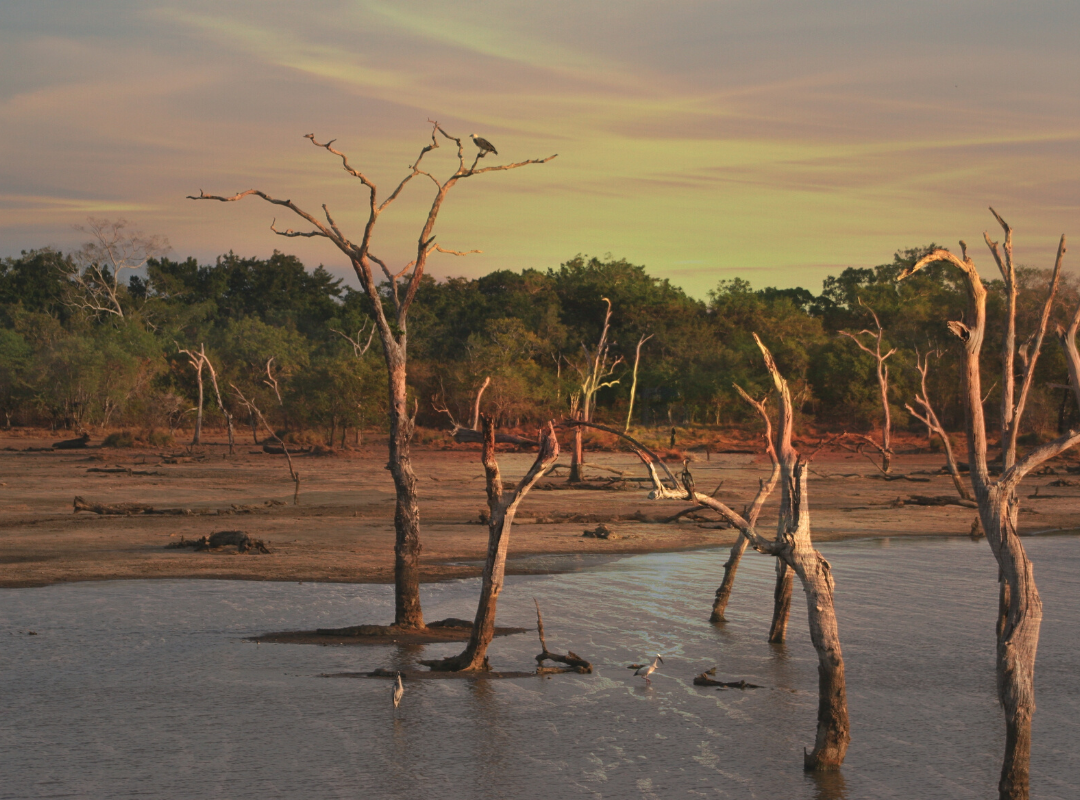 In short: the ecological conditions and systems start to break down. All of this is compounded by climate change, with freshwater supplies quickly diminishing in countries like Australia (parts of which are experiencing catastrophic drought conditions).

Another less obvious impact on natural environments results from how the water is used once it has been withdrawn, particularly in agriculture. Excessive irrigation of plants can affect the water quality of natural environments by causing erosion, transporting nutrients pesticides and herbicides, or decreasing the amount of water that flows naturally into streams and rivers.

So, not only can overwatering reduce the quality and/or yield of plants, but it literally has ‘ripple effects’ on nearby water sources and soil health. The surface flow of nutrients is known as runoff, while the flow of nutrients into or out of the ground is known as leaching – but both have negative impacts on the soil quality.

Why does soil quality matter? Well, not only does the health of the soil directly correlate with the growth of plants and crops (and thus health and yield), but soil itself is the second largest natural carbon sink. It surpasses forests and other vegetation in its capacity to store carbon dioxide from air, making it a major factor in our response to tackling climate change[2].

Outside of soil, runoff can cause major harm to aquatic ecosystems.  For example, research has shown that nutrient runoff from crops has contributed to events such as coral bleaching, bio erosion and some coral diseases in the Great Barrier Reef[3]. While this article focuses on the environmental impacts of water (mis)management, it’s also worth noting the significant economic losses associated with damaged environments and major tourism attractions such as the Reef.

This is a lot of doom and gloom, is it not? The good news is that technology has enabled us to create far more efficient water management methods that help us to avoid and/or mitigate  some of these issues. SWAN Systems, a software tool that helps irrigators apply only the water and nutrients required by plants, is one such solution.

SWAN uses a mixture of industry-best-practice crop models and tailored models based on specific crop/plant type, variety, soil type, climate, season, etc. to determine how much water is actually needed (and when). The solution is irrigator friendly, integrating with over 60 different hardware devices and with a user-friendly interface. 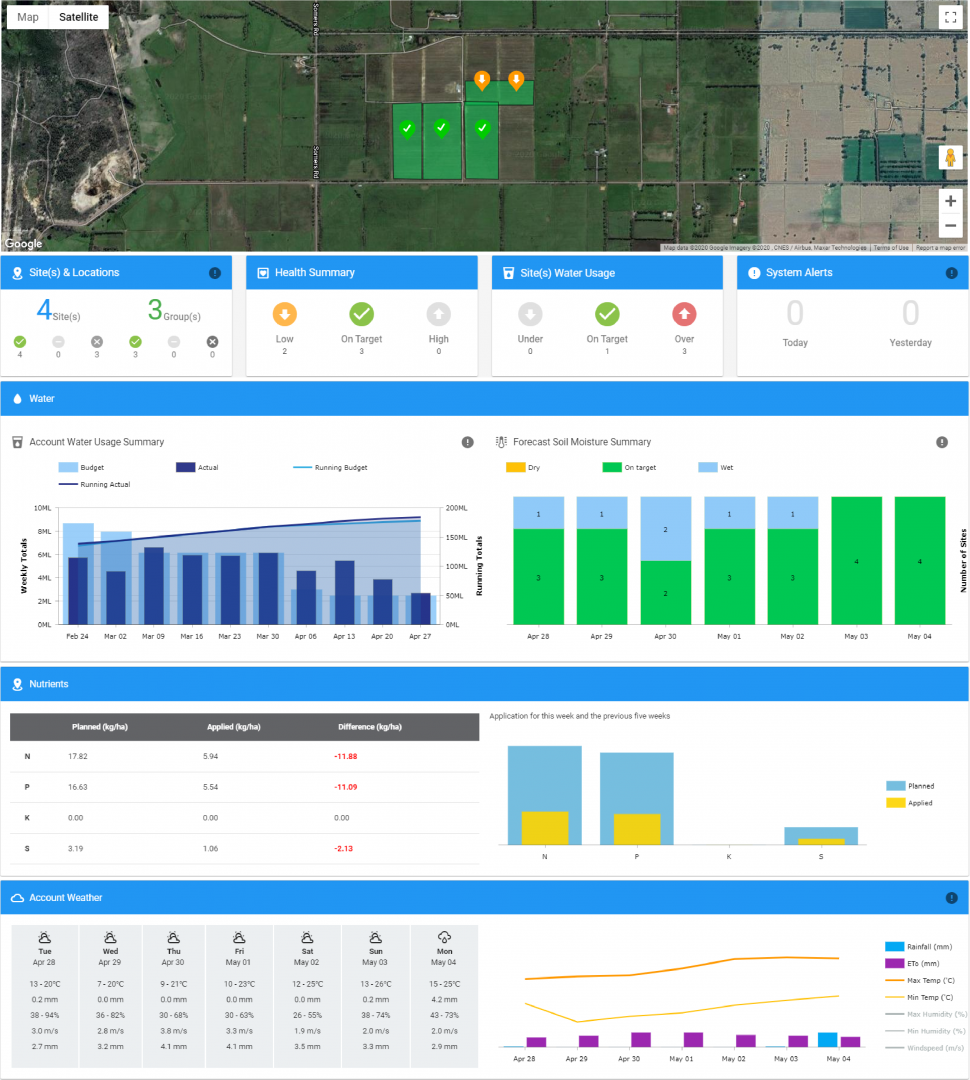 SWAN’s technology improves water and nutrient efficiency by up to 30%, which translates to significant savings in water… Especially when you consider how much is being withdrawn and consumed for the purposes of irrigation.

As well as water savings, the SWAN Systems software can assist with preventing damage to groundwater and local water supplies. By helping water managers avoid over-watering, harmful nutrient leaching and runoff events can be avoided. The software even has a nutrient module that allows water managers to accurately plan and manage plant nutrition programs, factoring in any water quality issues and taking account of nutrients or contaminants that might be present in the water.

By taking a systems approach and providing water and nutrient modules, SWAN achieves better outcomes for both irrigators and the natural environment. The water cycle is a system – and thus needs a systems approach to manage it. A systems approach at the global level is also being encouraged through the development and adoption of the UN Sustainable Development Goals (SDG’s). The seventeen SDG’s provide a blueprint to achieve a better and more sustainable future for all, with some of the goals including Clean Water and Sanitation, Sustainable Cities and Communities, Climate Action, and Life Below Water.

In conclusion, while we face many environmental challenges because of the way we withdraw and consume water, there are emerging technologies that can help to mitigate them. The impacts on natural ecosystems resulting from groundwater and surface water depletion, nutrient leaching/runoff, and even climate change, can all be lessened (and in some cases, avoided) with better water management. Smart use of data-driven technologies, combined with an increased global focus on achieving the UN SDG’s, can help to promote better water management practices – at the scale we need to face these challenges.